Finally back into the office for a bit and reflecting on my Blender jounrey so far, almost 1 year in. I has a great headstart with the Blender 8 week HeavyPoly course as well as some awesome automotive tutorials from CG masters but almost running on my own. Will have to think of somehting special to end the year on! 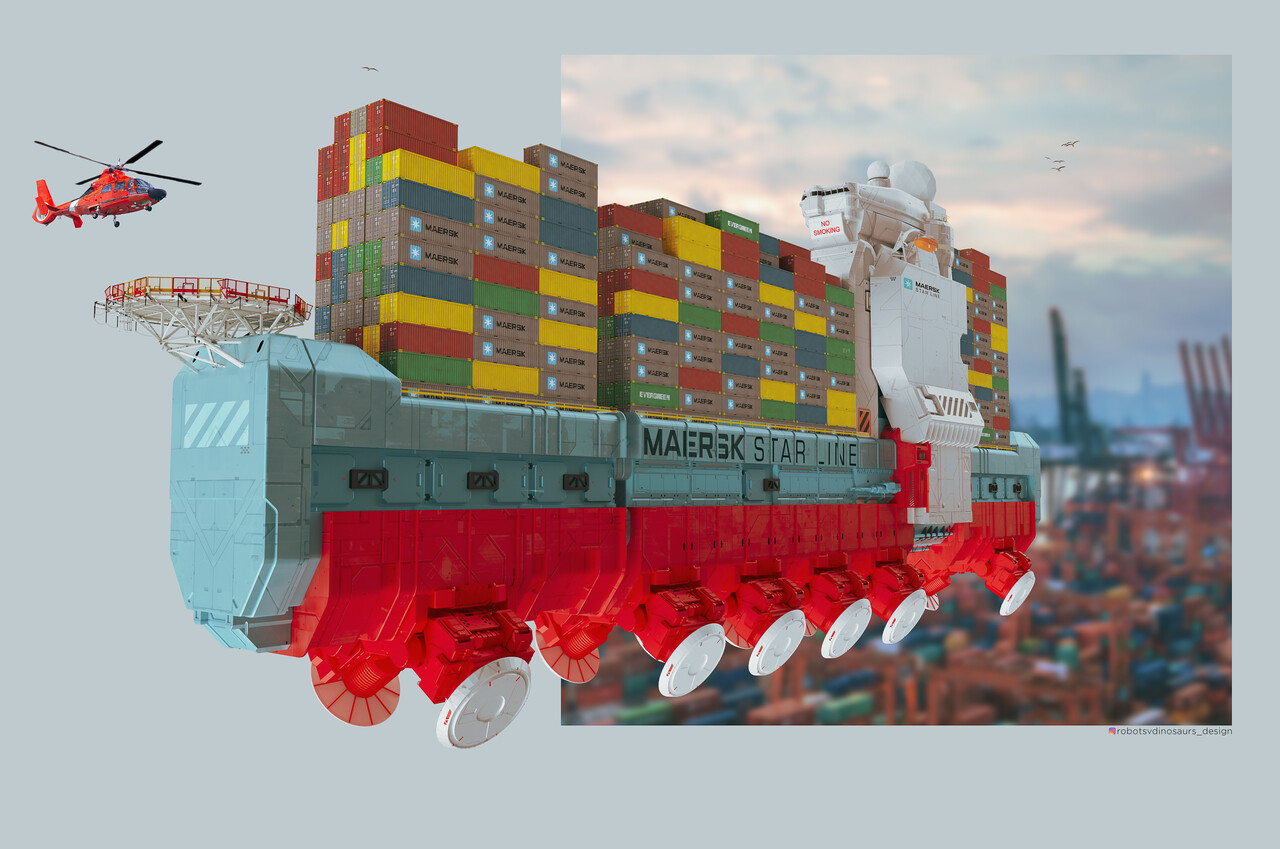 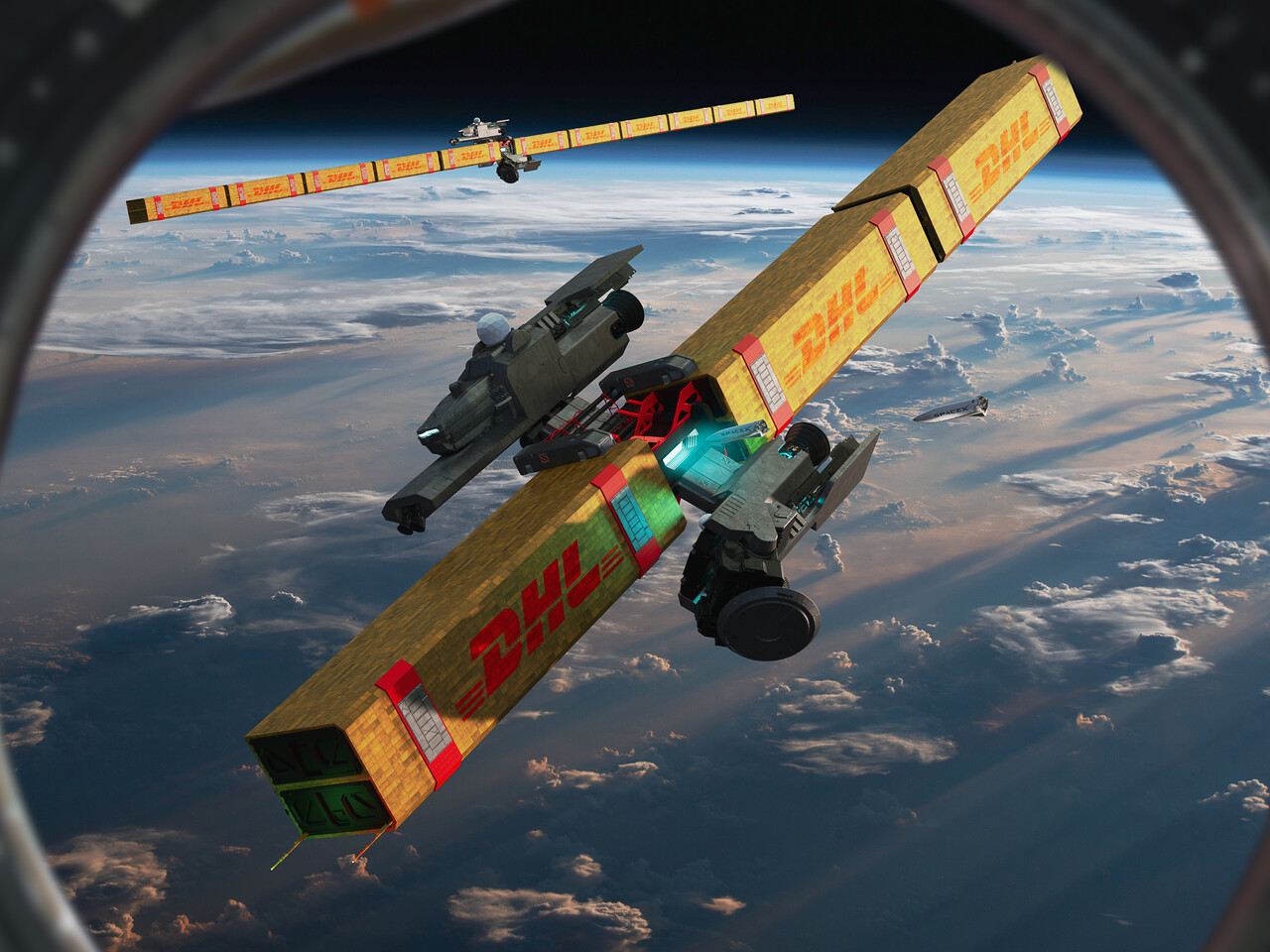 Todays themes are: 'ISLAND' and 'E'

Todays themes are: 'Three' and 'D'

A test over two lunchtimes, SketchUp, Keyshot, Blender and Photoshop.

Ok so first things first, usually in my head I have a basic idea of what I want to do, in this case I wanted to experiment with some direct lighting so I figure I will make some sort of scary corridor with light coming through a door.

Now I am doing this at lunchtime at work so time is against me, time to break into some kitbashing sets. I picked up a really great one from Chtazi on Art Station he has some killer packs and quite reasonably priced too.

I quickly assemble the scene in about 15 mins using a mix of bought assets and ones I have made myself to make a room with some test tube type things.

The Hazmat guys I find on the 3D warehouse and the aliens on some 3D printing website. They are very simple but thats fine I will paint in any details I need later in Photoshop.

So the good thing about Keyshot is that you can just import SketchUp files direct and everything is grouped etc. The scene is only lit here so you can see, but in actuality there is no IBL it is completely dark. The scene is lit by two planes acting as emitters, a large red light above and a white light behind the door.

Now the Aliens look strangely placed but it's fine as i've already chosen my camera so anything not in view doesn't matter. What is not shown here is that I created a large plane to make a roof, this stopped any light from the plane behind the door bleeding in from above.

I add in my materials, mainly everything is a matte black with glass on the test tubes. I add in a cracked glass material as texture map on the cylinders.

I did the first render as normal and it came out like this:

It's a bit cartoony so I added in some volumetric fog, takes a lot longer to render, about 3 hours in this case:

Then in Photoshop I start adding in some overlays, an Outer Glow on the door area for some more light: https://ibb.co/72BcNVw

Adjusting the contrast on the Alien hidden between the tanks: https://ibb.co/R7KjLSr

Adjust the curves on the tank things to make them stand out a bit more (curves): https://ibb.co/CKWKNTS

Paint in the detail on the Alien closest to the camera: https://ibb.co/RHRwSJK

Paint out the red light in the roof: https://ibb.co/XyHKRpv

Then its all done: https://ibb.co/D9XJW9R

Not including rendering time, it was about 1 hour to build, setup and paint over. If I did not use a set I bought it would be about one long day to model everything. 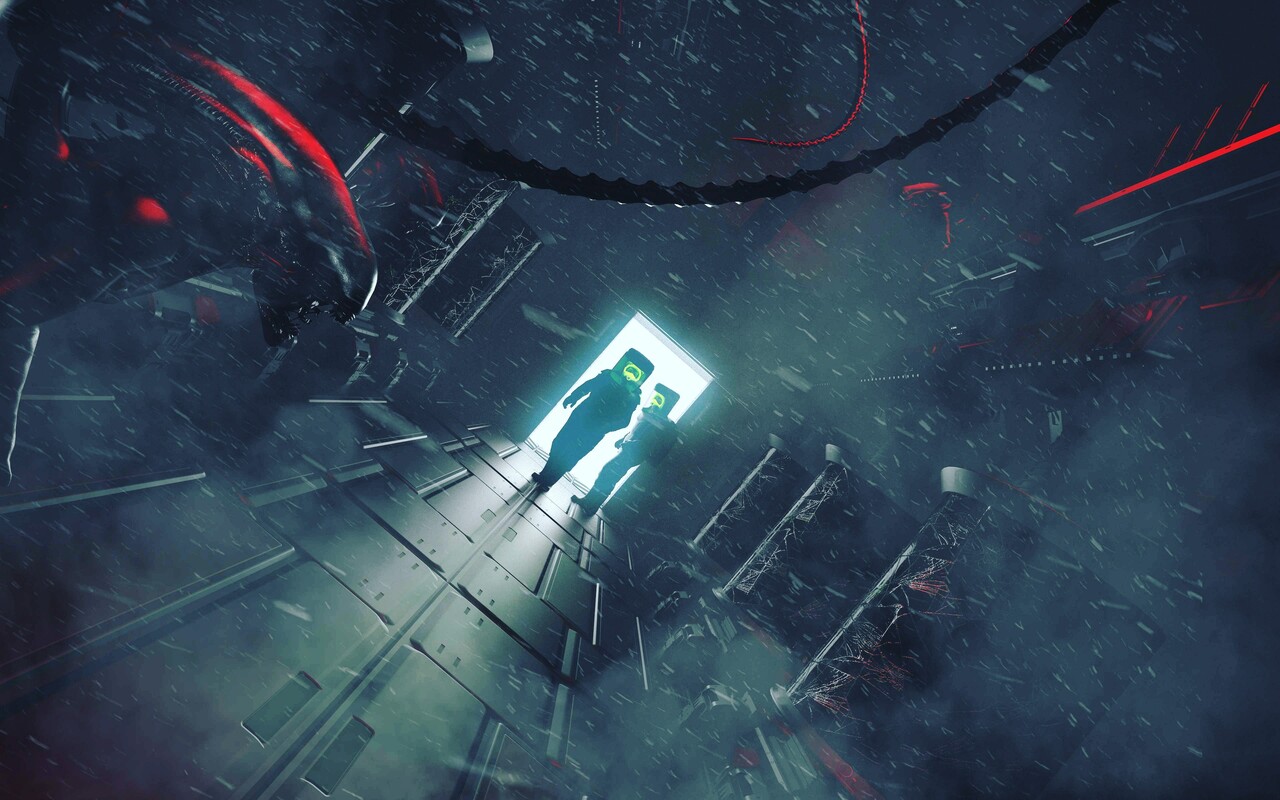 Some sketching and kitbashing from the weekend flight back to Sweden from the US, not official Volvo.

Here are some images of the finished Power Loader 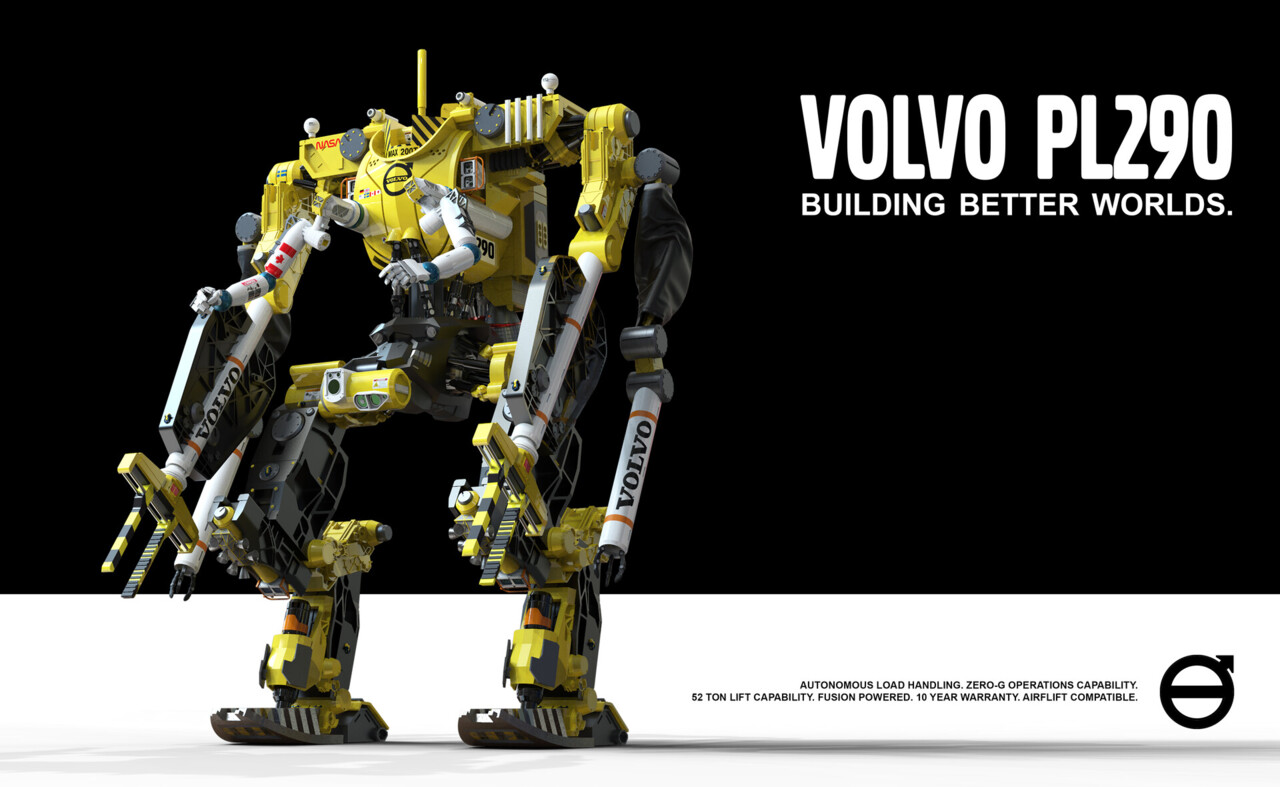 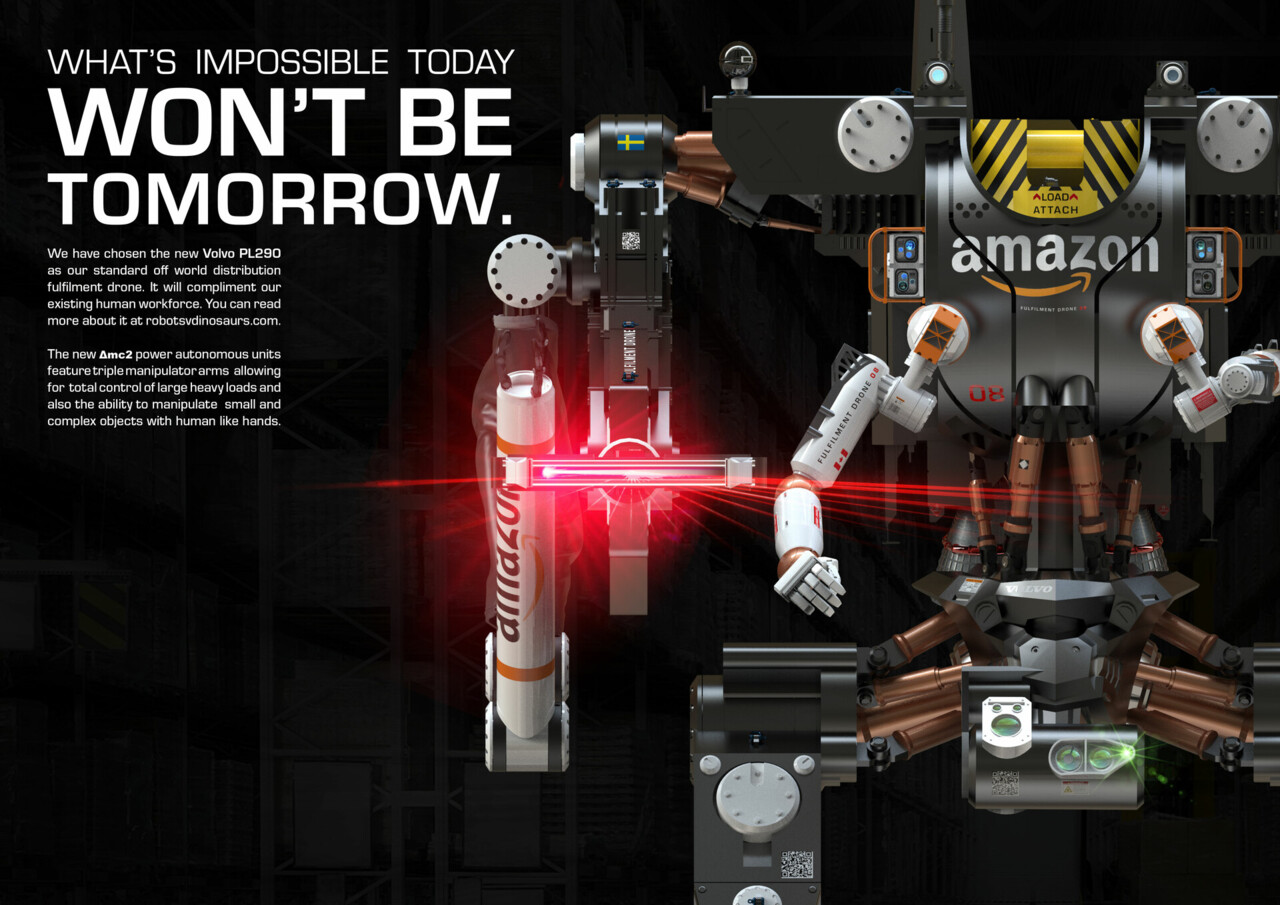 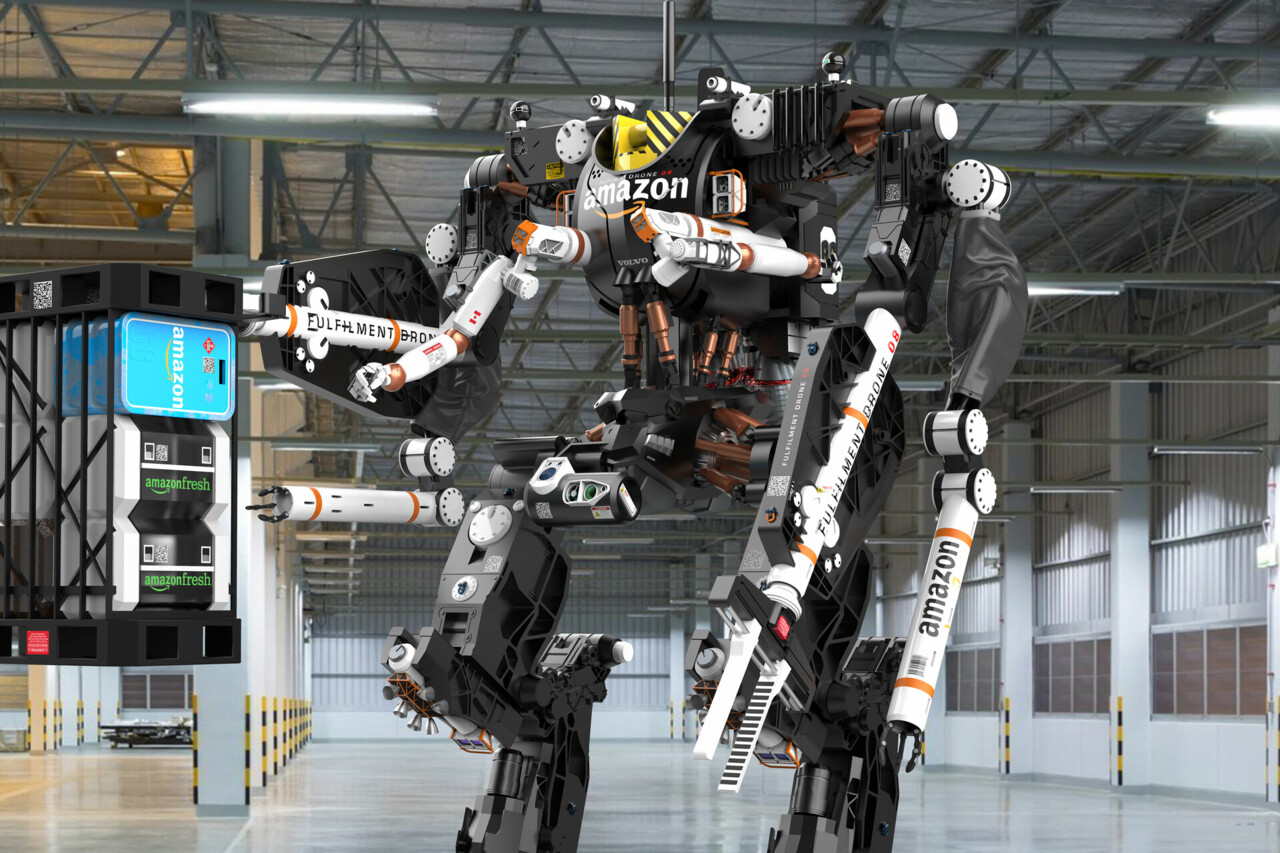 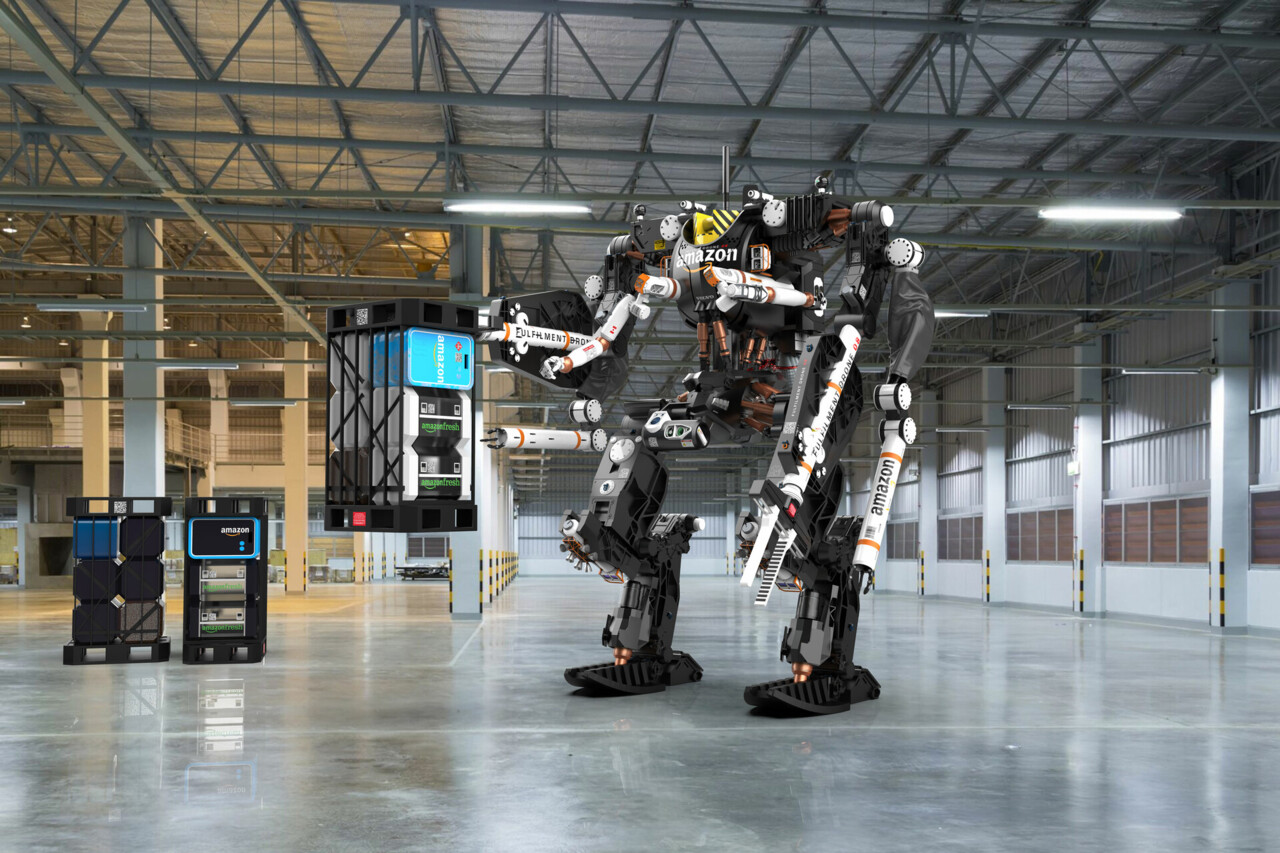 Really happy to have been included in 'Nuthin but Mech' this month so looks like its back to drawing some mechs to celebrate! http://nuthinbutmech.blogspot.com/ 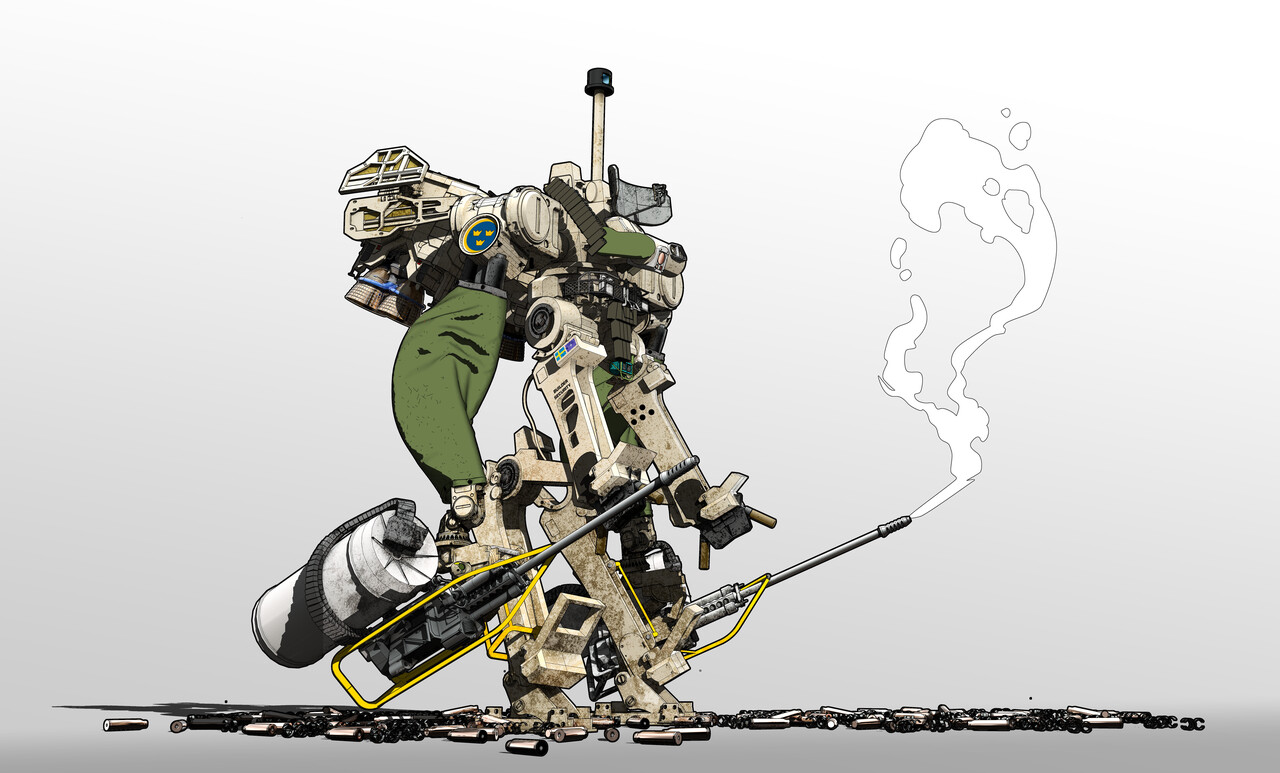 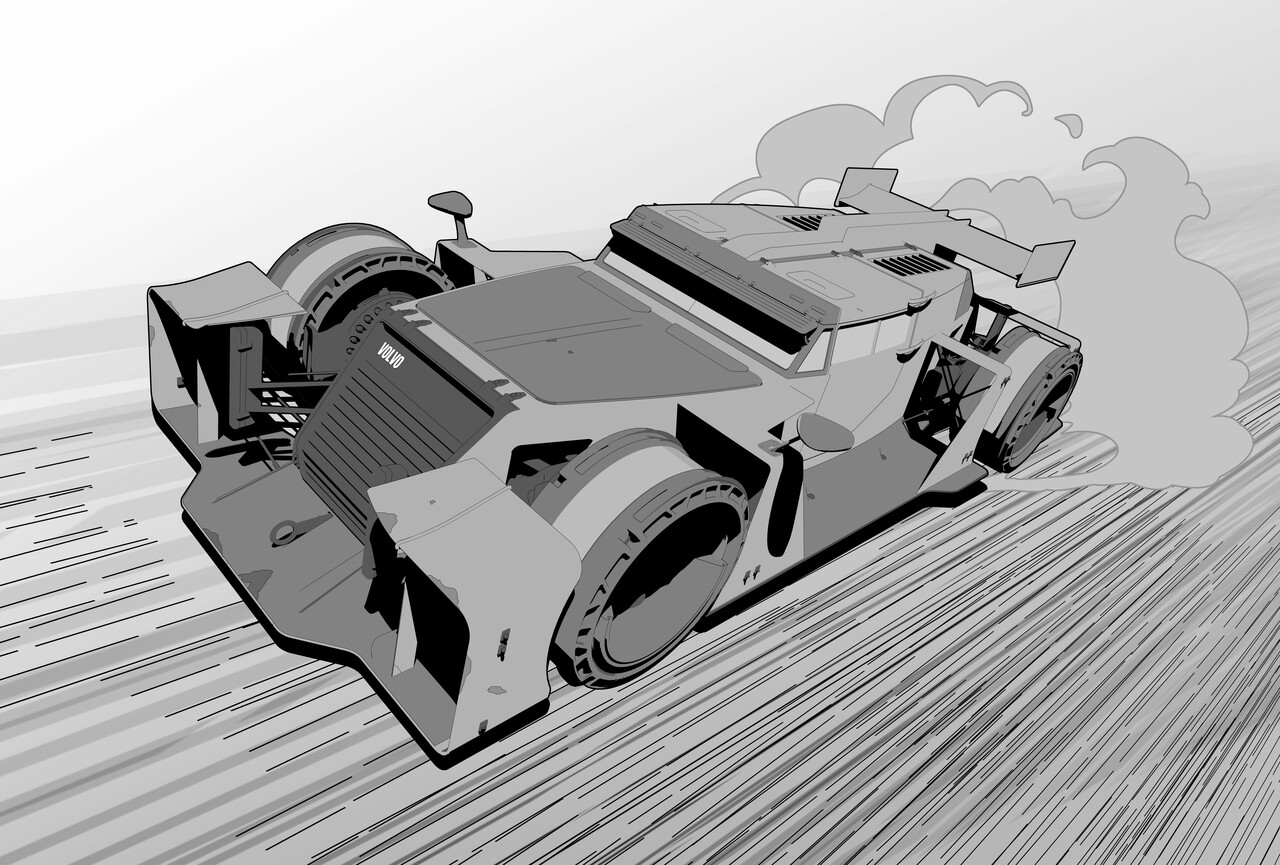 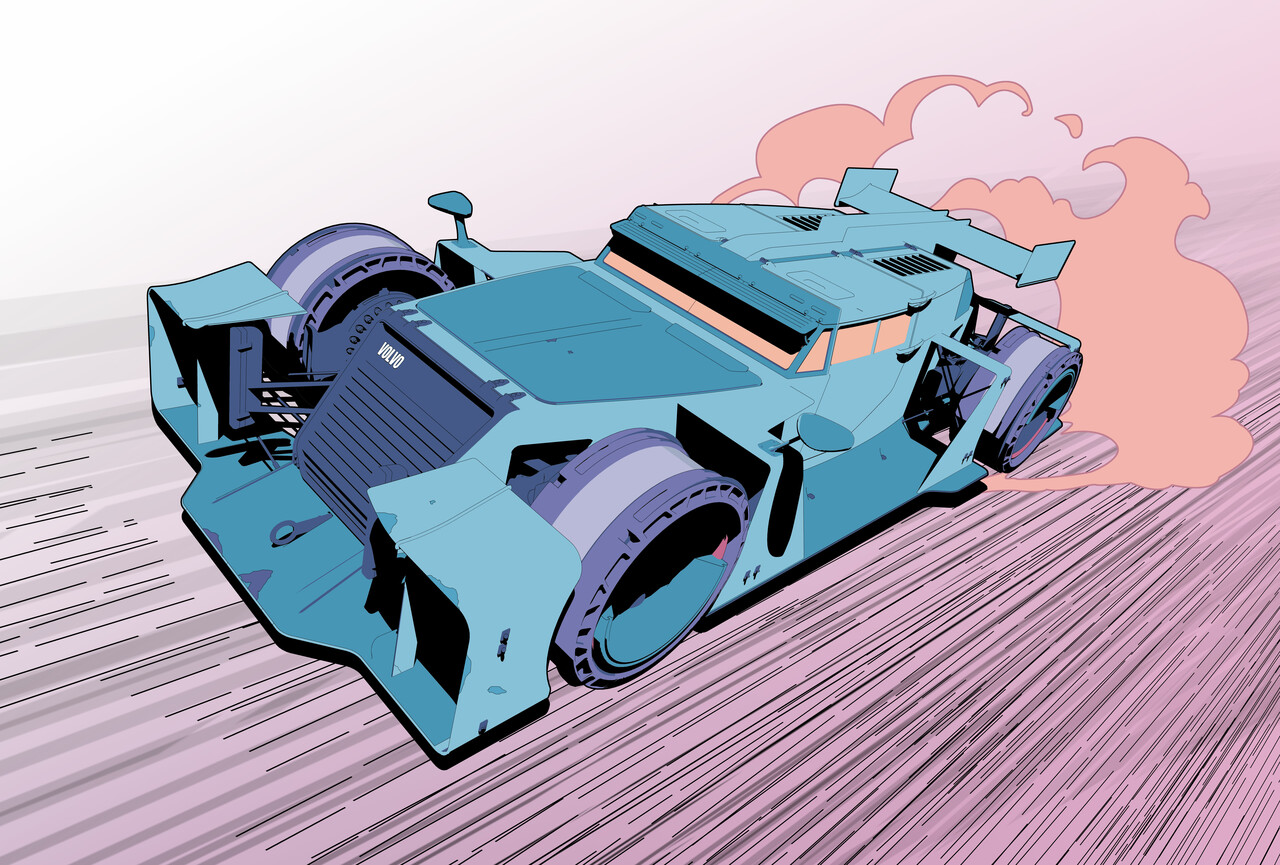